Arguably the most powerful, and least appreciated and understood, functionality in Excel is its use of boolean logic. Or in other words, the use of TRUE and FALSE binary logic. This form of logic can be used to dramatically simplify formulas in real estate financial modeling, ease auditing work, and speed up the modeling process. In this post, I’ll show you an example of Boolean logic to quickly and dynamically model multiple generations of tenant improvements.

What Do I Mean by Multiple Generations of Tenant Improvements

What is Boolean Logic in Microsoft Excel

As you’ve probably noticed, Microsoft Excel makes common use of this concept. Ask formulaically, does one cell equal another, and Excel will return either a TRUE or a FALSE result. What you may not know, is that the TRUE result that Excel spits out is equal to 1, and the FALSE result is equal to 0. Such that, if you multiple the TRUE by a given value, the result will be equal to the given value (1 x any number = that number). And likewise, if you multiple the FALSE by a given value, the result will always be 0 ( 0 x any number = 0).

A Method for Modeling Multiple Generations of Tenant Improvements

If you’ve spent much time modeling real estate, you know how cumbersome modeling multiple generations of leases can be. As each tenant rolls, a new set of TIs, LCs, downtime, and free rent must be charged to the cash flows with the amount highly dependent on a renewal probability. On top of that, an appropriate rental rate and reimbursement method must be assigned to the new lease and modeled accurately.

And while this post is not meant to cover all of the nuances of dynamically modeling a multi-generation DCF, I will show you a simple technique – based on Boolean logic – for modeling tenant improvements at the inception of each new lease. This technique can then be used to model other cash flows reliant on tracking the transition from one lease generation to the next.

The Basics of Tracking Lease Start via Boolean Logic

Below you’ll find a video where I walk you through this technique, step-by-step. But allow me to first describe the basics of the logic. Essentially, once we’ve dropped in our assumptions for when each lease generation begins and ends as well as the TI charge for each lease generation, we’ll build out one simple formula to return the amount of TI owed and in the period owed.

The formula is built into three sections, one for each generation lease. The logic goes like this:

I find it much easier to show, rather than trying to explain, how this concept works. I recorded a ~15 minute video.  The video walks you through how to use a formula with Boolean logic to model TIs at the inception of each new lease generation. As a companion to the video, I’ve posted below two Excel Workbooks to help you further understand and apply the technique.

To make this exercise accessible to everyone, it is offered on a “Pay What You’re Able” basis with no minimum (enter $0 if you need) or maximum (your support helps keep the content coming – similar real estate tutorials sell for $50+). Just enter a price together with an email address to send the download link to, and then click ‘Continue’. If you have any questions about our “Pay What You’re Able” program or why we offer our models on this basis, please reach out to either Mike or Spencer. 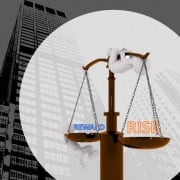 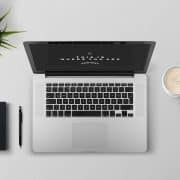 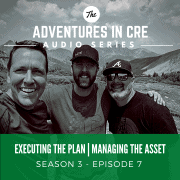 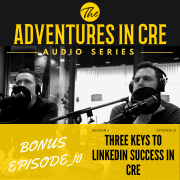