E-commerce isn’t a new innovation, it has been around since the early 90s and was actually first created in the 1960s. Since then, many e-commerce companies have come and gone but in the past few years, there have been a few stable companies that have dominated the sector, such as Amazon and Alibaba to name a few.

The rapid growth of these companies has forced large department stores and superstores to now incorporate e-commerce in their businesses. Without this they risk not being able to compete with these large growth companies.

Note from Spencer: This is a guest post from Samuel Obasi, a rising senior at Towson University where he is studying real estate, business, and investments. Samuel is also a 2021 A.CRE Fellow and chose this topic as it’s an area of interest for him. In the summer of 2021, Samuel was a Summer Investment Analyst at PGIM Real Estate in New York City. He is also an Equity Research Analyst at BLK Capital Management Corp where he covers the real estate sector. A huge thanks to Samuel Obasi for this contribution to the A.CRE audience!

With the increase in demand for e-commerce, a direct beneficiary to this trend would be the industrial sector of commercial real estate. The cap rates for industrial properties had been slowly compressing in the U.S. over the past decade but the Covid-19 pandemic has just accelerated this.

Cap rates for many A or B-class industrial properties are in the 3.5 to 4.5 range. This has led institutional investors to start looking for other ways to create outsized returns in the sector while still matching the demand for quality logistic properties for their tenants. This has driven many investors to start looking into acquiring industrial properties in emerging markets that have potential or have already been incorporated as a major player in the global supply chain. 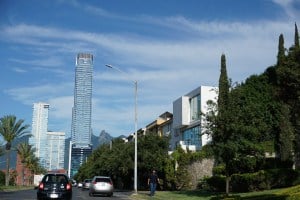 A nation that has been a large emerging market over the past few years but has seen an accelerated growth during the pandemic is Mexico. Mexico’s market for industrial real estate had been growing prior to the pandemic due to its geographical position in the world.

It is located directly south of the United States and east of the pacific ocean to China. Mexico’s market has also been growing prior to the pandemic due to its role in the international trade industry.

Areas such as Tijuana, Bajio and Mexico City are known for their focus on manufacturing and logistics, and in recent years these areas have developed a competitive advantage over other alternatives such as China.

Due to trade agreements, such as the recently signed United States-Mexico-Canada Agreement (i.e. USMCA, which replaced NAFTA), a lot of products come from China to Mexico via the westport. They then are processed and exported to the United States.

Another value that the Mexican industrial sector has offered over the years is lower employee and labor costs. It is now less expensive and more efficient to manufacture in Mexico, for distribution to North America. Thus, many global manufacturers have moved their production line process to Mexico for these reasons.

These are all trends that have been happening over the past few decades but what has sped up the interest in the industrial sector in Mexico is that it is still considered an emerging market and it also poses risk as an international market. Many institutional investors are looking into Mexico because you can buy the same asset type, same type of industrial facility with the same tenants and similar credit risk for a much larger return on investment. The cap rate for an industrial property in the San Diego area is about 3.5-4%, while the same type of property 20 to 30 miles south in Tijuana would go for 200-300+ bps higher. 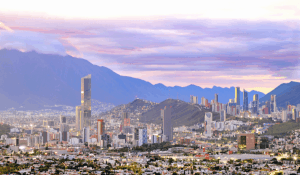 Per Julio Duran, a PGIM Portfolio Manager covering Latin America, “Institutional investors have noticed this trend and have begun to take advantage of it.” This trend has already been identified by many investors and is currently being exploited. This has caused a lot of competition in the South American market with investors trying to find the next large emerging market.

But in the meantime, there is also an opportunity for infill development or adaptive reuse of certain urban retail or office buildings to be turned into last-mile fulfillment centers. To build last-mile facilities one would only need about 20,000 sqft as these types of industrial properties do not need space for large trucks and can easily be located in downtowns and central business districts such as Monterrey, Mexico City and Guadalajara to name a few.

Another nation that does not play as large a position in the global supply chain as Mexico but is an emerging market with the potential and opportunity for an increase in value in their industrial sector is Nigeria. Nigeria contains West Africa’s largest export market, exporting goods and products such as cocoa, petroleum, and vegetable products. Nigeria exports over 60% of its products to the United States and Europe and with the global growth of e-commerce it is only a matter of time until this demand reaches West Africa.

The moment this demand does come Nigeria will be the primary location for this. But due to lack of industrial property in the nation these logistics properties will have to be developed from the ground up. Ground-up development in any market is considered opportunistic especially in an emerging market like Nigeria this adds greater risk to the investment, it is for this reason why many investors have not yet considered it.

Although the market poses many risks its central business districts which are Lagos and Abuja have followed suit with global trends that are being displayed in primary markets. An example of this would be how the retail, office, and hospitality sectors have thrived in the nation’s largest cities just as they were thriving in cities such as Las Vegas, Los Angeles, London, and New York prior to the pandemic. Unlike Mexico, Nigeria has an abundance of viable land by the southern coast in which they use for exporting.

Due to the demand for logistics properties, many industrial properties cap rates have compressed in primary global markets. This has led to investors taking greater risk in hopes of larger returns by investing in the industrial sector in emerging markets. There is potential for investors from all risk spectrums.

A safer more developed emerging market such as Mexico, with this comes much competition from other large institutional investors. Then there is the more speculative less developed market such as Nigeria that has the potential to become an industrial/e-commerce giant in West Africa but due to the lack of interest, there is no competition there currently. 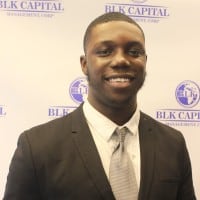 About Samuel Obasi: Samuel Obasi is a student at Towson University studying Business Administration with a concentration in Investments. He is an ambitious professional, with a passion for growth and development and a drive to enrich the lives of those around him. Something that distinguishes Samuel is that he thrives under intense situations, has a skill for management, and speaks multiple languages fluently. 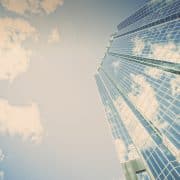 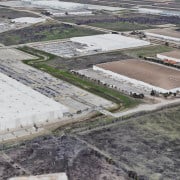 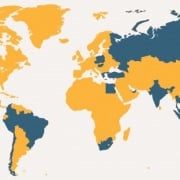 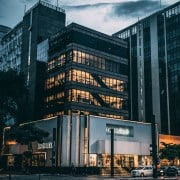 Custom Function to Auto-Populate Latitude and Longitude in Excel (Updated 2...
Scroll to top